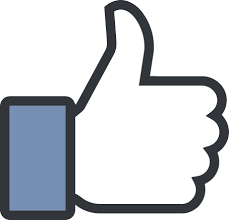 Facebook has made some big announcements lately that are expected to boost this platform’s usefulness for those looking to use Facebook as a tool to connect with prospects. Here are the top new Facebook features available in 2017.

Facebook is offering more video analytics insights. That means you’ll have access to more meaningful metrics for how live and regular videos perform on Facebook, such as total minutes viewed and total engagements.

After reports showed fake news stories outperformed real news stories on Facebook during the U.S. election, Facebook announced they have made it harder to publish and easier to identify hoax news. This is done through using third-party fact checkers, disrupting financial incentives for posting fake news, and making it easy for Facebook users to dispute content they believe is fake. Content in dispute will be lower in the News Feed and will include a warning that the content is under review. In addition, disputed content cannot be promoted or turned into an ad. Here’s how disputed stories and warnings will appear in the News Feed:

This option allows ads to be inserted into your videos. Videos must be at least 90 seconds in length AND viewers have to watch for at least 20 seconds. Facebook will sell the ads and share 55% of the sales with publishers. This is similar to YouTube.

These new options are exciting tools for marketers. Facebook’s initiatives are continuing to make it a valuable platform for doing business.